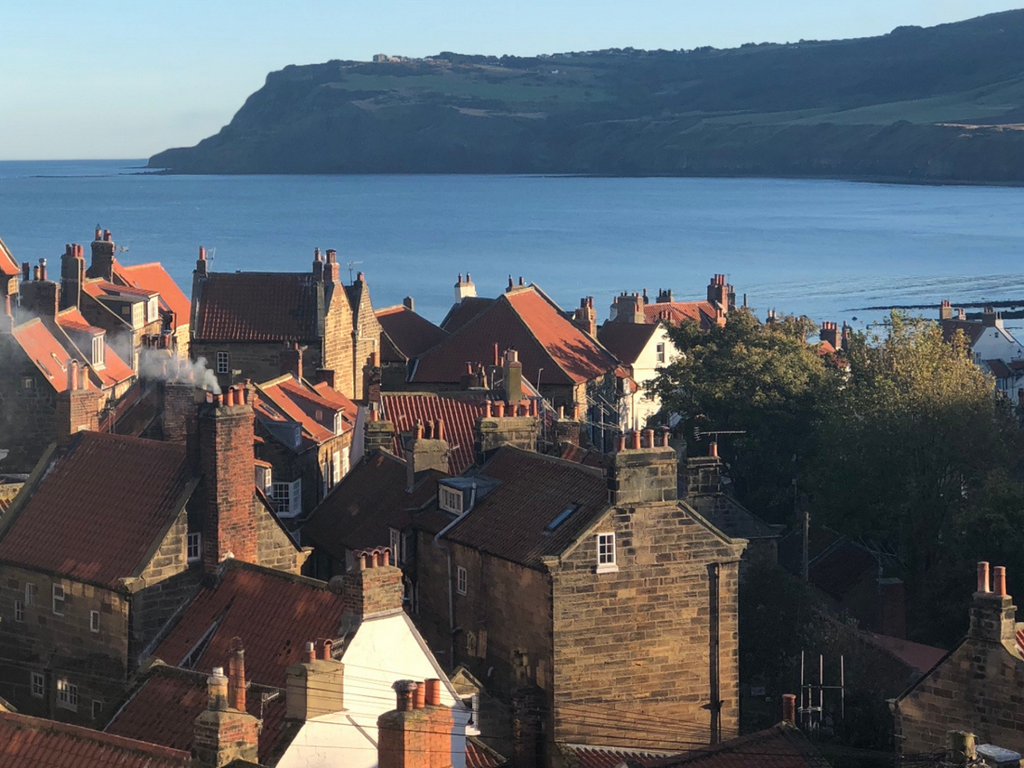 Do you love to discover new places?

Do you love to be beside the seaside?

Do you love the idea of wandering cobbled alleyways?

Adventures without a care in the world and no idea where you are going?

Robin Hood’s Bay’s old lower village is made up of cobbled streets, alleyways and snickets. There are many twists and turns. Stone and cobbled steps work their way up the village. It's easy to imagine life here as it was 300 years or so ago.

You never know where one turn may take you or what awaits you. Which direction will you take? It’s all part of the fun in getting to know Robin Hood’s Bay.

Back in the days before the Victorian upper village was built Robin Hood’s Bay was home to many fishing families.

Red pantiled rooftops complete with smoking chimneys tumble down towards the sea. Each one towering above the streets and alleys much like Diagon Alley. It’s difficult to know sometimes where one sandstone cottage ends and another begins.

You won’t find the secret tunnels today. They have long since gone and blocked up.

Inside many of the old Fishermen’s houses in Robin Hood’s Bay were secret passageways. These passageways were housed in walls, floors and cupboards. People could hide in them, you could store contraband in them or pass it through them. Some passageways went from one house to another.

You can still see evidence of some of the secret passageways in cottages to this day. It’s easy to see how the stacked up houses made such a great hideout. How, the illicit activities went so easily undetected.

Legend has it that following a haul of smuggled Brandy Kegs battle took place between locals and Dragoons. Rumoured to have taken place in the cellar of the Fisherman’s Arms. The Dragoons won and seized the Kegs of Brandy. Staying guard the story goes that the men succumbed to a leaking keg of Brandy. Worse for wear, local Smugglers became aware of the drunken Guards. Waking the Landlord of the pub the locals entered and tied up the Guards. Seizing back the smuggled Brandy Kegs for themselves.

Get Lost in Robin Hood’s Bay

Those that frequent the cobbled alleyways regularly will find it impossible to get lost. But, once upon a time they too will have found themselves lost. Small, quaint and quirky and with only one road in and one road out. You too may wonder how you could ever get lost here.

Descend into the old village of Robin Hood’s Bay. Wander the pretty little streets. Explore the little snickets and cobbled alleyways. As you turn one way and then another you will notice the buildings of Bay intertwine. You will find yourself wondering where one begins and where one ends. Turn another corner and be wowed with the most wonderful sea views. Then you’ll wonder how did you get there?

Continue your little adventure and get lost in the magic of the village. Lose yourself in its charm, its character and its beauty. Wander through the myriad of streets back. You will begin to understand how this little part of the world was once a hive of activity. Alive with the smuggling of contraband. You will understand how it was possible for Rum, Brandy, Tea, Silk and Tobacco to make its way through the village. Starting its journey from the shore without ever being seen by the watchful eye of the customs officer.

Enjoy that feeling of being lost here in Robin Hood’s Bay.

You will never stay lost in Robin Hood’s Bay for long.

Finding yourself going round in circles?

Keep coming back to the same point?

It's all part of the magic of Robin Hood’s Bay. There’s never a local far away or a regular visitor to point you in the right direction. You’ll often find we’re a friendly bunch here in the Bay. We’ll happily walk with you and show you the way.

So why not stay for a while?

Cosy up in cottages once the old pubs of Robin Hood’s Bay. Relax in the old houses once at the heart of smuggling activities.

Not so old inside these days many of the cottages have undergone makeovers. You’ll find a range of more traditional cottages, luxury cottages and everything in between.

The range of facilities across our collection of Holiday Cottages is varied. Each cottage is lovingly owned and cared for by a different owner. If there is a particular facility or feature you are looking for please contact us and we will advise of the best property for you.

Smaller properties are available from 2 nights and the larger properties from 3 nights. All dependent on the time of year. All of our cottages are priced accordingly throughout the year. A little reminder all of our properties feature in size order. Largest to smallest as you scroll down the Accommodation Page. 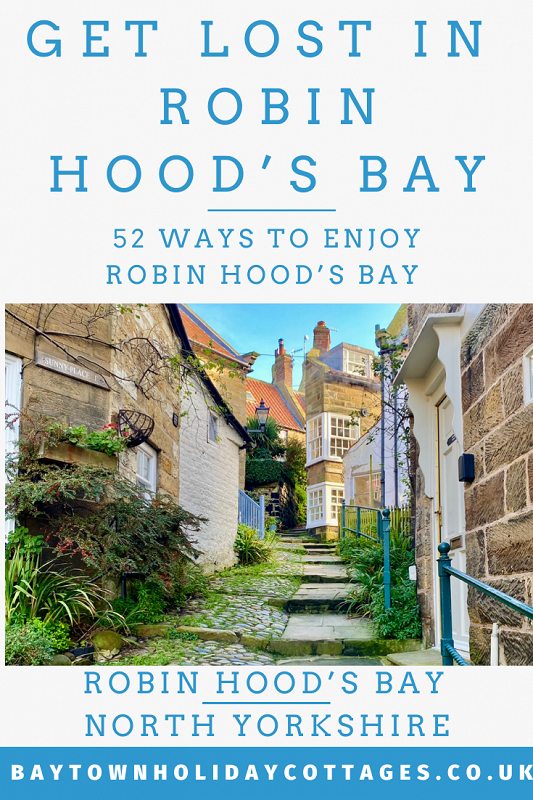