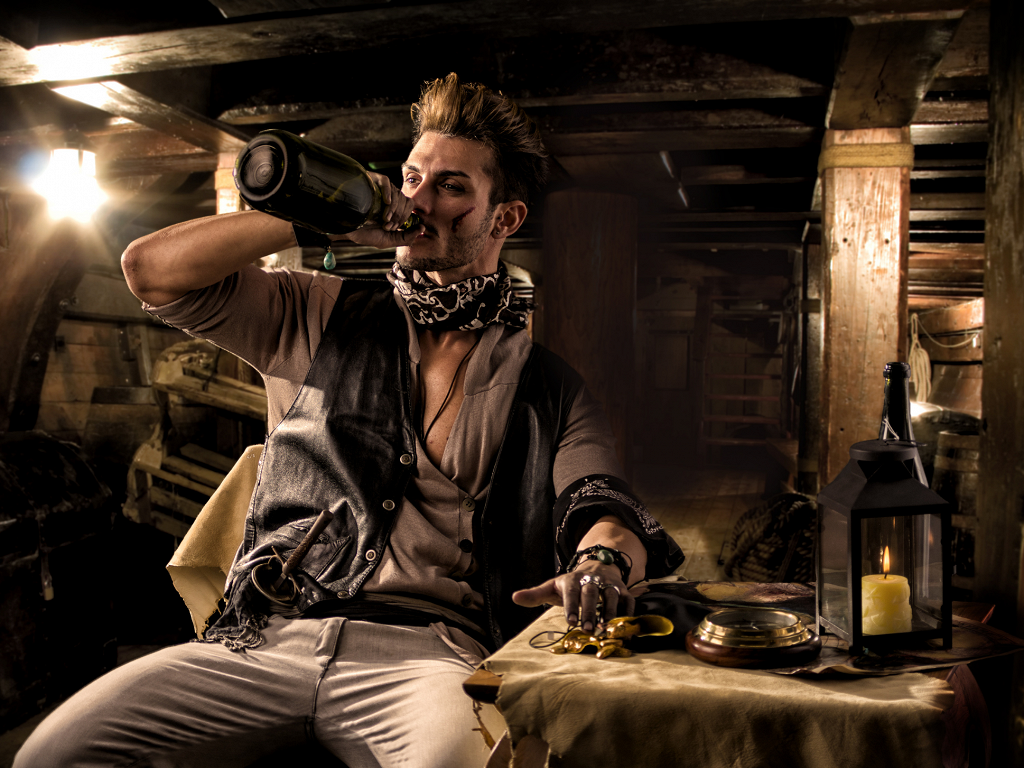 If truth be told you probably wouldn’t want to eat like a pirate really did back in the days of smuggling contraband through the streets of Robin Hod’s Bay. Gruel and slop springs to mind. But then there was the endless Rum instead of water because, fresh water was hard to come by when you’re out at sea for months on end.

You could throw yourself a little Pirate Tea Party or Pic Nic. A fun one for the kids. Or you could prepare and cook yourself a feast of;


Solomon Grundy or Salamagundi, a hearty concoction of whatever you have to hand but was generally made up of:

Turtle (yep you read that right)

All marinated in a mixture of herbs, garlic, spices, oil and palm hearts then served up with boiled eggs, cabbage, olives, grapes and pickled onions.

Now we think you’ll be fresh out of Turtle but who’s tucking in?

Pirate Stew with hunks of crusty bread is a more satisfying and palate pleasing dish. Not so different to a stew you might make today. The only difference being back in the day the meat was probably off.

Beer was popular but didn’t last too long at sea, hence the rum. So, why not wash down your grub with a tankard or two of Bombo. A mixture of Rum, sugar, water and nutmeg. Or just crack open the Sherry or the Port.

Now you could cheat a little and decide to hang out in one of the many old Smugglers haunts in Robin Hood’s Bay. The good old pubs. Sad to say there’s a few of the old haunts that have long gone. Once a pub but now houses you could opt to stay in a smugglers old haunt instead.

All those in favour say Arrr.